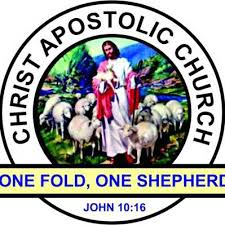 DWELLING AMONG THE TENTS OF KEDAR?

MEMORIES: Woe is me, that I dwell in Meshech, That I dwell  among the tents of Kedar! (Psalms 120.5)

The pilgrim likened his personal social experience to living in Meshech and dwelling among the tents of Kedar. Meshech has been identified as a region possibly named after Meshech, son lapheth, of his lineage. It is regarded as a region in central Asia Mines with record of various conflicts Her people were hostile to the aliens, and made life difficult to those living among them. The other group of people are those of Kedar Their identical characteristics are lying lips and deceitful tongues. They actually took after their father, the devil (Jn 8:44) just like Jesus had adjudged those godless but seemingly religious lewish leaders of His days.

It is one thing to be a foreigner in a country with very limited rights. It is another thing entirely for the citizens of that country to be unwelcoming, unfriendly, cheaters and cruel toward you. This pilgrim lamented his experience, and cried out: “Woe is me!” When you are forced to return what you did not take. When your pleasant words are twisted. Your peaceful gesture is misconstrued, won’t you cry ‘woe is you’?

The social implication of this is that, you as a Christian may find yourself in a neighbourhood that is reminiscent of Meshech and Kedars with ‘if you can’t beat them, join them’ policy! The spiritual implication. however, is that you are an alien in the world and you must maintain your heavenly commonwealth identity. The policy of If you can’t beat them. join them will make you an enemy of Christ (Jas. 4:4). Therefore, pray for a spiritual shock absorber, today.

1. Thank God for being your Rock and Fortress.

2. Ask the Lord to give you the spiritual shock absorber that you need, so you will not suffer mental, physical, psychological and spiritual breakdown.

3. Pray for CAC Olutimehin Region, our father in the Lord, the Superintendent, and its officers at the various levels, as led by the Spirit of God.