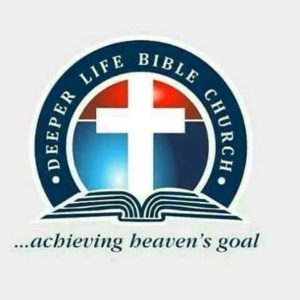 MINISTRY OF JOHN THE BAPTIST

MEMORY VERSE: “For this is he that was spoken of by the prophet Esaias, saying, The voice of one crying in the wilderness, Prepare ye the way of the Lord, make his paths straight” (Matthew 3:.3).

John the Baptist as expressed in our text came as a forerunner of Jesus Christ. This happened after the

silent years of about four hundred years without prophets or prophecy in Israel (between the book of Malachi and Matthew). Many Old Testament prophets prophesied about the coming of John the Baptist.

Question 1: What can you say about the message of John the Baptist?

“Behold, I will send my messenger, and he shall prepare the way before me…” (Malachi 3:1). John the Baptist had his commission from heaven and not from men. He appeared with a stunning message of

repentance to all the people to enable them prepare the way of the Lord and make His path straight. His message was fiery, well directed, effective and convincing. No wonder many people came to him in response to his message. John summarily had a short but fulfilled ministry. Youths should learn from the life of John the Baptist. They should effectively beam the light of the gospel to people around them.

John the Baptist was born by a priest called Zechariah and his wife Elizabeth. His ministry was prophesied before his birth by Angel Gabriel (Luke 1:16, 17) that he shall be instrumental to the preparation of the heart of men to receive the gospel of Christ and be converted. John the Baptist was born as a result of the prophecy given to his father. His father was old but still busy in the service of the Lord though in need of a child. Zechariah did not allow the challenges he was passing through to affect his service and commitment to the service of the Lord. This is a lesson to youths and leaders. Many Christians are in search for ease and comfort at the expense of eternity and their consecration to God. God sees and knows whatever we may be passing through.

Question 2: What lessons can youths draw from the birth and consecration of John the Baptist?

Christian youths have the following lessons to draw from the birth and consecration of John the Baptist:

(1) He did not disappoint God nor his parents.

(2) He was a disciplined preacher with a distinguished lifestyle from others in his days (Matthew 3:4).

(4) His humility also reflected in his objection to baptise Jesus and acceptance to do so after Jesus explained the reason it must be so (Matthew 3: 14, 15).

(5) He worked within the scope of his ministry; he lifted Christ in his messages and pointed even his disciples to Him.

“John seeth Jesus coming unto him, and saith, Behold the Lamb of God, which taketh away the sin of the

world” (John 1:29). John lived a secluded and devoted life. Also, he was a light to the people of his days. The life of John the Baptist is worth emulating by youths. His birth came as prophesised and as he grew up, he lived his life to ensure that everything that God said about him came to pass.

“As it is written in the book of the words of Esaias the prophet, saying, The voice of one crying in the wilderness, Prepare ye the way of the Lord, make his paths straight” (Luke 3:4). The mission of John the Baptist on earth was solely to prepare the way of the Lord. Since Israel had been without a prophet for over four hundred years. There was need for him to come and make way for Jesus. The essence was to create the consciousness of God into the heart of the people. He emerged to fill every valley of those

who have degenerated spiritually, to make low every mountain and hill; that is, bring those who have gone into arrogance spiritually back to God; to straighten the crooked paths and rough ways (Isaiah 40:3-5). He was to bring all to the knowledge of salvation made available by God through Jesus Christ.

Question 3: What is the mission of John the Baptist?

It is instructive that our messages should be Christ-centred, showing repentance and faith in the atoning blood of Christ. All Christian youths are commanded to faithfully “preach the word, be instant in season and out of season, reprove, rebuke, exhort…” (2 Timothy 4:2). John the Baptist did the same, together with other apostles. You can do more.

The ministry of John the Baptist witnessed a tremendous support from heaven. This was as a result of his level of commitment to the ministry and holy living. The response of the people, that is (the soldiers, publicans, Sadducees and Pharisees) to his message proved the great power of his ministry.

Question 4: What is the effect of power in the ministry of every youth minister?

It is evident that the power of God in the life of every minister makes the difference and this was confirmed in the ministry of John the Baptist who, right from his mother’s womb was filled with the Holy Ghost (Luke 1 : 15). Jesus Christ, on the other hand, with higher ministry than that of John surrendered Himself to be baptised by Him. This is a lesson to every minister of the gospel in the youth ministry to be submissive when a younger minister is ministering. John did his best to prepare the way for the first coming of the Lord Jesus. He will soon be back, how are you preparing His way in reaching out to the dying sinners; restoring the backsliders and edifying the saints? John knew his purpose in the world and was faithful to the ministry committed to his hand. “The voice of him that crieth in the wilderness, Prepare ye the way of the LORD, make straight in the desert a highway for our God” (Isaiah 40:3).

He presented his message in a clear and distinct way that left his hearers convicted and converted. John was an affectionate preacher, who did not hide the truth from the people. He was a practical preacher

blunt with the truth to all the different categories of his listeners. His preaching attracted multitude into his ministry including the Scribes and Pharisees. He was a sincere and uncompromising preacher whose

focus was never diverted. John’s messages were purposeful, powerful, penetrating and pungent. His messages were Christ-centred and life-transforming. Sinners were unable to resist them: “And the people asked him, saying, What shall we do then? Then came also publicans to be baptized, and said unto him, Master, what shall we do? And the soldiers likewise demanded of him, saying, And what shall