UCB Word For Today Devotional For March 2022 : Topic – What only God sees 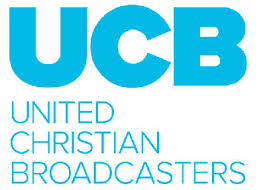 What only God sees

10 MARCH 2022
‘Your Father who sees in secret will reward you openly.’
Matthew 6:18 NKJV
Have you ever been to a concert where they used the latest audio-visual equipment? Chances are, you were blown away by the multidimensional sights and sounds, and afterwards, left talking about the amazing skills of the performers. If the performance went without a hitch, you probably didn’t think about the sound and lighting techs.
Usually we only notice them when the equipment fails. They’re the invisible element; the people who do their job by making the star look and sound great. The real accolades go to those in the spotlight. That’s the order of things in the kingdom of man. But the kingdom of God operates on the principle that ‘the last shall be first, and the first last’ (Matthew 20:16 KJV). Jesus said when you fast, pray, and give without looking for recognition, ‘your Father who sees [your actions] in secret will reward you openly’. On a big ship, only the captain and a handful of officers are visible on the bridge.
But the crew below deck determine the ship’s progress for most of the voyage. And in God’s church, it’s the ‘engine-room crew’ who faithfully carry out much of the work: caretaking staff, nursery workers, bus drivers, car park attendants, nursing home visitors, prison outreach workers, and prayer warriors.
While high-profile people tend to get most of the kudos, God reserves special recognition and rewards for the below-deck crew! And if you’re one of them, soon enough you will hear His public announcement, ‘Good servant…you have been faithful in a small matter’ (Luke 19:17 CEB). And when that happens, everything else will pale by comparison!
Numbers 15-16, Mark 6:30-56