Seeds Of Destiny Daily Devotional For March 13, 2022 : Topic – The Force Of Integrity And Character 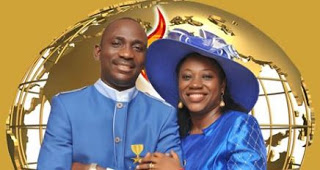 TOPIC: The Force Of Integrity And Character

SCRIPTURE: But Daniel purposed in his heart that he would not defile himself with the portion of the king’s meat, nor with the wine which he drank: therefore he requested of the prince of the eunuchs that he might not defile himself. Daniel 1:8

THOUGHT FOR THE DAY: Whenever character is concretized, destiny is defined.

When purpose and potentials are discovered, developed and deployed, destiny can be fulfilled.

However, there are other forces that must come to play if destiny must be fulfilled. This is because there are people who discovered their purpose, developed their potentials, and probably began to deploy their potentials yet could not fulfil their destinies. This could be as a result of certain things that were out of place in their lives.

For instance, Samson knew his calling. He deployed his potentials but he was cut short in the middle of his life and destiny because he was bankrupt of the force of integrity and character which is one of the forces that must be in place for destiny to be fulfilled.

Now, thought is the starting point of character (Proverbs 4:23; 23:7). Whatever is your thought becomes your character. So, until you watch your thought, you are not interested in your character. This is how it works: Thought established leads to actions. When you think about anything for a while, you act it. Actions when sustained form habits. Habits perpetuated establish character. And whenever character is concretized, destiny is defined.

So, beloved, if you want to handle your destiny, start from your thought; pay attention to your thought. And to discipline your thought, you need to engage the Word of God (Joshua 1:8, Romans 12:1-2).

You must make up your mind to watch what you think, so you can control your character and fulfil your destiny.

Remember this: Whenever character is concretized, destiny is defined.

PRAYER: Lord, work on me both in and out. Renew my mind daily and cause me to be a true reflection of Your image on earth Lord, in Jesus’ Name.

FOR FURTHER UNDERSTANDING, GET THIS MESSAGE: FULFILLING DESTINY (PART 2).

QUOTE: When you spend time with God, you assimilate His character. Culled from “WHO ARE YOU?” by Dr Paul Enenche.

AMAZING FACT: Dolphins have the longest memory in the animal kingdom; and man’s memory is higher than any other animal because we are created in the Image of God.

PROPHETIC DECLARATION/WORD: The grace to maintain control over your thought is released upon you this day in Jesus’ Name.

Today’s devotional was written by Pastor Paul Enenche of the Dunamis International Gospel Centre (DIGC), headquartered at Abuja, Nigeria, with Pastor Paul and Becky Enenche, as the Senior Pastors. It is a power-packed arena where God’s Presence, Principles and Power are at work for the salvation, healing and restoration of human destinies and dignities.