CAC LIVING WATER DEVOTIONAL FOR FEBRUARY 25, 2022 : TOPIC – BEN-ONI IN OR AROUND BETHEL! 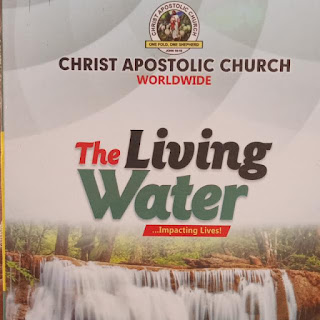 BEN-ONI IN OR AROUND BETHEL!

Genesis 35:16-20  And they journeyed from Bethel; and there was but a little way to come to Ephrath: and Rachel travailed, and she had hard labour.

And it came to pass, when she was in hard labour, that the midwife said unto her, Fear not; thou shalt have this son also.

And it came to pass, as her soul was in departing, (for she died) that she called his name Benoni: but his father called him Benjamin.

And Rachel died, and was buried in the way to Ephrath, which is Bethlehem.

And Jacob set a pillar upon her grave: that is the pillar of Rachel’s grave unto this day.

And so it was, as her soul was departing (for she died), that she called his name Ben-Oni; but his father called him Benjamin (Genesis 35:18).

Jacob’s experience around Bethel is contrary to what some people call ‘Christian experience’ today because they think once you are a Christian, everything must be rosy! Jacob had lovely experienced God’s personal revelation at Bethel. There, the Lord reiterated the patriarchal blessings to him. However, some unpleasant things happened to Jacob at Bethel and around its vicinity, as well. To begin with, the well-experienced nurse of Rebekah, Deborah died and was buried ‘…below Bethel…’ (Gen. 35:8). Then Jacob’s beloved wife, Rachael, who out of envy had once desired for children, for better, for worse (Give me children, or else I die! Gen. 30:1), and when she was heard by God and was given a son, she named him ‘Joseph’ with desire for “addition,” Now, an additional child came, but she would not live to rear him! As she was dying, she named him ‘Ben-Oni’, meaning, ‘the son of my sorrow’.

Now, there is something significant about this child. First, he was the first child to be born in the Promised Land; the rest were born in Padan-Aram. Secondly, he was the first and only child that Jacob gave name to. He changed the horrible name that Rachael named him to ‘Benjamin’, meaning, ‘son of my right hand’. The first king in Israel (Saul) came from the lineage of this child. Also, from Benjamin, the great New Testament writer and apostle (Paul) sprang up. No wonder the tribe was described as “the least… in the lead” (Psa. 68:27 ESV).

Perhaps, you have found yourself in a situation whereby you were tempted to name your Benjamin, ‘Ben-Oni’, because you were overwhelmed with troubles, thank God you didn’t! If you did, however, pray to God today for your ‘Ben-Oni’ to be rechristened ‘Benjamin’, for leadership is coming! Greatness is on the way!

1. Praise the name of the Lord for His promise that weeping may tarry for the night, but rejoicing comes in the morning.

2. Pray the strength to stand unwavering in times of trouble.

3. Pray for brethren going through trying times to find God’s help speedily in their trying situations.