Rhapsody Of Realities Daily Devotional For March 10, 2022 : Topic – Not Subject To Death 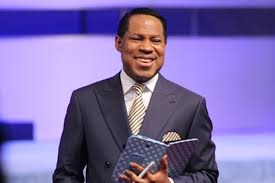 TOPIC: Not Subject To Death

Behold, I shew you a mystery; We shall not all sleep, but we shall all be changed (1 Corinthians 15:51).

Death isn’t from God; it’s an enemy, and it has been defeated, awaiting destruction: “For he must reign, till he hath put all enemies under his feet. The last enemy that shall be destroyed is death” (1 Corinthians 15:25-26). “Who hath saved us, and called us with an holy calling, not according to our works, but according to his own purpose and grace, which was given us in Christ Jesus before the world began But is now made manifest by the appearing of our Saviour Jesus Christ, who hath abolished death, and hath brought life and immortality to light through the gospel” (2 Timothy 1:9-10). When you’re born again, you’re born into life and immortality—“deathlessness”!

Now you can understand why our theme verse says, “…We shall not all sleep…”; meaning that we shall not all die. It’s telling us everybody isn’t going to die. 1 Thessalonians 4:16-17 says when Jesus comes back, the dead in Christ (Christians who had died) shall rise first, and then it says, “…we which are alive and remain shall be caught up together with them in the clouds….” That means everybody didn’t die!

You’re not subject to death. Eternal life—the Godlife, the very essence of divinity—was imparted to your spirit when you received Christ. The Scriptures declare that if you have the Son of God, you have that life. But you must have the knowledge of it and live every day with the consciousness of this reality, a consciousness of life, not death. Praise God!

I’ve been brought from humanity to eternity, for the law of the Spirit of life in Christ Jesus has made me free from death and the law of sin. In my path, there’s no death! I walk only in the path of life. I’m death-free, whether it’s death in finances, business, job, health, it makes no difference. I’m forever off death’s limits! Hallelujah!

1 John 3:14 (KJV)
We know that we have passed from death unto life, because we love the brethren. He that loveth not his brother abideth in death.

1 Corinthians 15:51-57 (KJV)
51 Behold, I shew you a mystery; We shall not all sleep, but we shall all be changed, 52 In a moment, in the twinkling of an eye, at the last trump: for the trumpet shall sound, and the dead shall be raised incorruptible, and we shall be changed. 53 For this corruptible must put on incorruption, and this mortal must put on immortality. 54 So when this corruptible shall have put on incorruption, and this mortal shall have put on immortality, then shall be brought to pass the saying that is written, Death is swallowed up in victory. 55 O death, where is thy sting? O grave, where is thy victory? 56 The sting of death is sin; and the strength of sin is the law. 57 But thanks be to God, which giveth us the victory through our Lord Jesus Christ.